Each piece we sell has its own story, from its origins, culture and the inspiration it generates. We have sourced our pieces from all over the world. Each piece is handcrafted by local artists from high quality materials and in the case of our vintage items is most often a one-of-a-kind design.

Native Americans have been trading jewellery and materials since well before European settlement. Native American jewellery-making is one of the oldest forms of indigenous art in North America; turquoise and shell have been used since prehistoric times (>2000 years ago) to make heishi necklaces and inlay pieces. Turquoise and shell represent the sky and water and are believed to offer protection and good luck.

The Navajo people learned silversmithing in the late 19th Century from Mexican workers. Leather stamping tools were used to stamp patterns in silver before other techniques and materials became known and are a distinctive trademark of Native American jewellery. Jewellery was initially made for personal use, then for the tourist trade. Some of the early tourist pieces are now highly collectible.

Many Native Americans live on reservations and regularly pawn their jewellery (generally to local trading posts). This has historically allowed Native American societies to buy food and goods at trading posts by using their jewellery as collateral. The pawn system is very important; pieces are passed down from generation to generation and often have important ceremonial uses.

The terms Dead Pawn and Old Pawn are used frequently in reference to Native American jewellery. Dead Pawn refers to items that are pawned and not redeemed in the specified time frame. Old Pawn refers to Dead Pawn that was made prior to the 1940s. There are strict rules governing the pawn system and some traders hold onto pawn for much longer than required by law, to allow the owners to redeem their property.

Native American jewellery is highly collectible and as such may increase in value the longer you have it!

Native American jewellery design is continually evolving. Since prehistoric times Native Americans have incorporated new materials and techniques and continue to advance their metalworking techniques and jewellery design has changed as different materials became available. For example, the Navajo used silver coins and silver slugs to make their jewellery until the 1920s when sheet silver and wire became available.

Lapis lazuli and Mediterranean red coral have only been used since about the 1930s and contemporary artists draw on a wide variety of materials (including abalone shell, mother of pearl, petrified wood, jet and malachite) in their work.

Distinctive pieces such as squash blossom necklaces developed from the fusion of new techniques with traditional designs.

The Hopi, Zuni, Navajo and Santo Domingo peoples are the primary jewellery makers. The main purposes for making jewellery are trade, personal wealth (it is a status symbol) and for use in traditional dances.

The style of jewellery varies from tribe to tribe:

Native American artists employ a lot of symbolism in their designs. There is an excellent explanation of symbols used in Native American jewellery at the following sites:

The northern Mexican “Silver City” of Taxco is the second largest exporter of silver in the world. Silver first began to be exported from Taxco during the 16th century, however Taxco’s current fame is due entirely to architect William Spratling, who went to Taxco in 1929 when the silver industry was in decline. Spratling stayed and assisted the locals to improve the quality of their silversmithing and handcrafted jewellery. These skills have been handed down through the generations and combine with the rich and vibrant pre-Columbian culture to produce the unique jewellery seen today.

Taxco produces some of the best quality, most original and distinctive handmade silver jewellery in the world and it is highly collectible. Because of the strict regulations introduced in the Mexican industry it is easy to determine the provenance of Mexican pieces through the detailed hallmarks.

Alon Diller is an Israel-born artist and silversmith based in Taxco. He has been in Taxco since 1996, where he studied jewelry and arts at the national university of Mexico. Alon’s work is inspired by nature and he uses natural pearls and semi-precious gemstones in his pieces, which are made from silver 0.950 (a purer alloy than 0.925, or “Sterling” silver).

Guillermo Arregui has been based in Taxco since 1985, where he studied and apprenticed for over 8 years before opening his own shop. Guillermo specialises in modern design, including reticulation and keum boo, and all of his pieces are made from .950 silver and natural semi-precious gemstones. 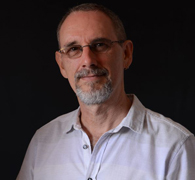 María Belén Nilson has focused her collections on themes which represent “her Mexico”. Drama, Texture and Purity are the heart of her design concepts, through which she allows the wearer to feel some of the rich and varied culture of Mexico. The design and symbols are distinctly “Indian” in their significance and spirit, for example her “sacred heart” earrings, which are a distinctive part of Mexican culture. 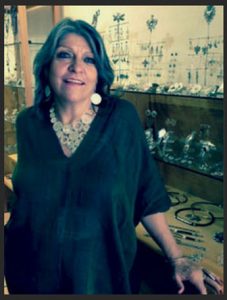 FREE SHIPPING ON ORDERS OVER $250 Dismiss